Prices are shown as net prices. If you are living in the EU VAT area, during checkout the VAT is calculated and applied depending on your country of residence (OSS system). For all other countries, the shown prices are to be understood as end prices.

This album contains all 12 instrumental titles of the original LP which Osvaldo Manzi published in 1969 under the Microfon label. The LP is recorded in mono. 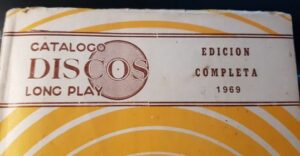 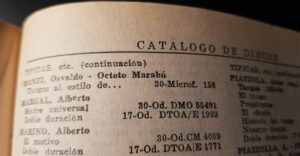 This album contains all 12 instrumental titles of the original LP which Osvaldo Manzi published in 1969 under the Microfon label. The LP is recorded in mono, all tracks are transferred and re-tuned individually. Special attention has been given to preserve the dynamics of these compositions. “Pianist, composer, leader and arranger (31 August 1925 – 18 April 1976), in 1954 Manzi joined the Aníbal Troilo Orchestra to replace Carlos Figari. Between 1957 and 1959 he joined the Osvaldo Pugliese aggregation as substitute for the leader, only when the latter was unable to play due to unexpected reasons. He was the pianist of the Quinteto Nuevo Tango, led by Astor Piazzolla between 1960 and 1962. Later, he again tried along with Eduardo Rovira to form an ensemble, also avant-garde, that would allow greater freedom to his need of expression. It did not last long. He reunited with Piazzolla and his tenure with him was until 1965. In 1966 he put together a trio with Rubén Chocho Ruiz on electric guitar and Benigno Quintela on double bass. They recorded a long-playing record for the Microfón label” source todotango.com. The trio record which is mentionned here is an earlier record with the Microfon record number “I-85” called “Tangos en visto y oido” Osvaldo Manzi y su trio para la música de Buenos Aires. The here proposed album is Microfon “IP-158” published in 1969 by Osvaldo Manzi y el Octeto Marabú.

There are no reviews yet.

Only logged in customers who have purchased this product may leave a review.