Osvaldo Fresedo restoration of all recordings at RCA Victor 1933-1939

Release Notes for the Album "Todos de Osvaldo Fresedo 1933-1939" published in Dec. 2020 by Tango Time Travel. It contains all 98 studio recordings of the orchestra during these years as high resolution downloads!

The present restoration project makes available as very high resolution downloads all 98 recordings of Osvaldo Fresedo and his orchestra made at the RCA Victor Studios in Buenos Aires between 1933 and 1939. It contains all recordings with Roberto Ray and the first ones with Ricardo Ruíz. 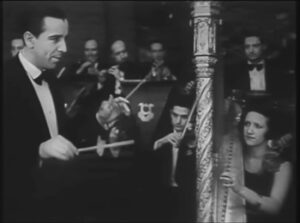 Of these 98 recordings, 22 are compositions by Osvaldo Fresedo himself and 16 are movie soundtracks. There is a total of 62 tangos, 4 valses, no milonga and 32 recordings containing otros ritmos. The others genres are divided into 3 cancións, 3 rumbas, 1 son cubano, 5 paso dobles, 8 rancheras and 12 fox-trots. Compared to our prior edition of Juan D’Arienzo’s 1940s recordings, with the Fresedo collection we are 10 years earlier and that’s also something we could hear from the records which showed more traces of wear because they are older. They contain far more otros ritmos which seemed to be very popular at that time. Especially the absence of milonga, a genre which found its way into Argentine dance bands just in 1932 and the very few and slow valses are remarkable too.

It is important to mention that we were able to further improve the sound quality on 4 recordings where our own records were not satisfying : Aromas, Dulce amargura, Viejo romance and Niebla del Riachuelo. They were contributed by the shellac collector Serjan Pruis from Amsterdam. All transfers were made in Brussels. After the first release, we also were able to improve the transfers of Casate conmigo and Retazo thanks to the shellac collector Ruben Castaldi, these two additions were made directly in Montevideo.

The most important finding during our work on the collection was the retuning of the orchestra to A440 which happened in the beginning of 1934 and which coincides with the introduction of two instruments, namely the vibraphone and the harp. Besides these a whole range of special instruments can be heard throughout the collection. Some were more or less regular others appear exceptionally. To name just a few: violoncello, wind instruments (clarinet, trumpet, flute, etc), percussions (clave, cymbals, bongos, drums, etc), guitar …

We can divide the current recordings of the Fresedo orchestra roughly into two parts: A first period where the orchestra is still tuned to 435Hz and a second period where it changes to the new international standard concert pitch of 440Hz. This change took place after a 3 months break of the orchestra’s recording activity during their end of year 1933 — carnival 1934 holiday. When they came back to the studio on 27.04.1934 they recorded two sides on the record 37581 containing on the A side the fox-trot El último rodeo (The Last Round-Up), by the US-songwriter Billy Hill, and on the B side the tango En la huella del dolor. On this record two new key instruments are introduced which make the orchestra quite characteristic and which are known rather from classical and modern music. On the A and B side there are some first decent interventions of the, then recently invented, vibraphone. Interestingly, this instrument comes with a fixed concert pitch of 440Hz and probably the whole orchestra retuned around this new instrumental addition. On the B side we can hear a harp.

The retuning of the orchestra was not completely surprising. As a matter of fact, Fresedo just came back from a business trip to the USA. He went there representing one of the Argentine authors association (SADAIC didn’t exist yet) at a counterpart association in New York called ASCAP. During their meetings he offered a royalty free performance of tangos and Argentine music in the studios of a nationwide radio station. The board members accepted his offer and asked Fresedo what he needed for the performance as he travelled without his own musicians. Fresedo requested a full-blown symphonic orchestra containing saxophones, percussions and harps and they finally managed to constitute a 56 musicians strong orchestra. Fresedo asked also for a feminine soprano and a baritone voice. (The full story can be read in Jesús Martinez Moirón’s book « El mundo de los autores », Sampedro Ediciones BA 1971, pp.72-73).

At this time 440Hz was already the standard concert pitch in the USA and this first-hand experience with the new international standard tuning was certainly not innocent in adopting it in his own orchestra. Also, the harp wasn’t new, there is at least an appearance in the movie « Tango » from 1933 in which the Fresedo orchestra performed with a harp. From our listening sessions we cannot hear any harp in the present RCA Victor studio recordings between 1933 and the beginning of 1934. Given the clarity of these new transfers we can though hear a jazz guitar in the recordings of 1933 in all genres, also on the tango sides. During the course of the 1930s the guitar then becomes less noticeable in the tango recordings and the harp seems to take its place. The guitar remains very present on the recorded jazz sides, like the later Dulce Susana or Rumba en swing, etc. An example for a later tango recording with guitar solo is Corazón mío.

Most of the recordings had a very clear and easy to detect pitch, often but not always, the A and B sides of the records, when recorded on the same day, showed approximatively the same pitch deviation. On some otros ritmos recordings the pitch detection wasn’t always straight forward but only because some do not contain clear isolated piano tones. We didn’t want to apply any fantasy retuning and rather applied a Railsback correction to the piano tones when possible, relied mainly on the instrumental average of the track and, when the scores were available, we also made a key analysis with test tones.

For a tango DJ, it could be important to consider these two periods of the Osvaldo Fresedo orchestra: the 435Hz recordings of the year 1933 and the 440Hz recordings starting with the beginning of 1934. This offers a lot of possibilities for pitch coherent tandas or other harmonic combinations. In general, the early adoption of the A440 pitch enables it to combine a huge range of Roberto Ray recordings spanning virtually over the whole 1930s. In contrast to this, Alberto Echagüe from the 1930 is commonly not combined with recordings of the 1940s also because in between these recordings there is a pitch barrier as Juan D’Arienzo retuned his orchestra to the new pitch in 1939 and the sound of the orchestra changed. The difference between a concert tuning where A4 is defined with a frequency of 435Hz and 440Hz is exactly 19,8 cents or 1,15 %. Pitch differences start to be audible in human ears at around 1 %. To provide a comparison, the distance between A4 (440Hz) and the next lower note G#4 (415,3Hz) is 100 cents which is a difference of over 5 %. This is to emphasise that we are dealing here with very fine tuning adjustments, often on the edge of the perception threshold, which have nothing to do with certain extreme deviations we know from some LP or CD re-editions of the past where we found pitch deviations of 8 % and more !

As you might know, to be able to make an analogue record, the treble band of the recording is increased and the bass part reduced. This is done to keep the grooves at an even width, or better said, average horizontal amplitude. It permits to fit more musical information onto the record and follows a curve which is standardised today and known as the RIAA curve. During playback this process has to be inverted, treble needs to be attenuated and bass boosted. Before the wider spread of the RIAA curve at the end of the 1950s, every record company had their own scheme. To make things even more complicated the schemes of each record company evolved and changed. We selected the most appropriate de-emphasis values on our analogue preamplifier.
For the Fresedo restoration project it became quite clear that the de-emphasis system on a specialised phono restoration preamplifier is very much working like communicating vessels, as opposed to simple ton controls on a standard power amplifier, in a way that they have an influence on the whole frequency spectrum. For instance, when changing the turnover knob to bring up the bass frequencies it has an immediate influence on the treble curve too. We quickly recognised that a too strong bass setting would create bass bleeding and overly amplify percussive events which in turn started to hide details in the treble regions. The same goes for the treble, a too tight setting would cut too much of the treble notes and produce a dull sound. Though we have tried to be as balanced as possible it could be that you would like more or less bass or treble. In this case you could use the high resolution files and master them to your taste.

Surprisingly, apart from Nicolas Lefcovich’s discography, there isn’t a comprehensive modern discography of the Osvaldo Fresedo orchestra. Most of the available discographies are missing a lot of titles, have incomplete record numbers and other inaccuracies. We therefore decided to start a new discography based on our physical record collection and used the existing discographies only as a general guideline. Our discography can be found in the download archive.

See here for our new augmented discography of Osvaldo Fresedo 1933-1939.

Currently this edition is available in the formats: 24bit-96kHz both ALAC and FLAC, 16bit-44.1kHz CD quality both ALAC and FLAC and as 320kbps CBR MP3. We suggest using the 16bit-44.1kHz CD quality for playback and best compatibility with all players. Please be aware that all files are in mono, containing one single track. Most players and sound devices will sum this track to fill all stereo channels.

For having contributed some records from his 78-rpm record collection.

For contributing some very rare records from his very valuable and unique private collection.

For his expertise in 78-rpm records and operating our mini transfer studio in Montevideo. He gave with generosity extraordinary insights to the project.

For his substantial help in developing the tuning method and especially the pitch analysis session we carried out in 2017 when we made a first test run of the Fresedo transfers.